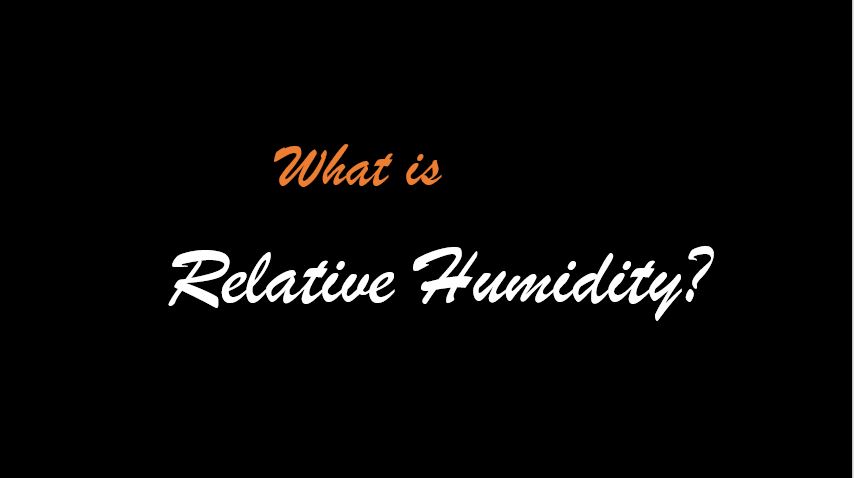 The Basic Principles of Relative Humidity

Everyone knows what humidity is, at least in the most basic sense. It is moisture in the air. In this post, we will establish a context for humidity and water with respect to your home. First, the technical details.

The information provided here is given to establish scientific principles that are discussed in other blog posts and articles on this site. Humidity plays an important role in how water technicians mitigate water damage in homes and businesses. It plays a role in drying and can play a role in creating an environment for mold growth and insect infestations. It can even be the root cause of some water damage to your personal property including paper, electronics, musical instruments and more – even if not to a physical structure like a home or office building.

For the purposes of this post, these definitions below will suffice. The more exacting scientific definitions, explanations, and examples are not needed here.

Water vapor – In discussions about humidity we use the words vapor and moisture a lot. Sometimes moisture is used to describe water as a liquid and sometimes to describe it as a gas. Vapor is just an easy way to describe the gaseous form of water, or H20.

Evaporation – the conversion of water in its liquid form to a gas.

Condensation – the conversion of water from its gaseous form to a liquid.

Grains – This is the unit used to measure water. Imagine you have an eye dropper full of water. Squeeze the bulb gently until one drop comes out. You might call that a “drop” of water. It is made up of tiny little water particles. Now imagine a much smaller dropper. That much smaller dropper would have many fewer particles of water and what comes out of that dropper could be called a grain of water. Those grains of water can be suspended in the air. Those suspended water particles are a gas and that is humidity.

Dry bulb temperature – The temperature of the air not affected by radiation or moisture in the air. In this post it will generally be just simply referred to as temperature.

Dew point – The temperature at which the air has become saturated and can no longer hold the water vapor.

Vapor pressure – This is a complicated term, but for our purposes, it is the amount of pressure put on water in its various forms, be it liquid or gas. This will be more clear in the examples given.

Equilibrium – Again, a term that can get pretty detailed, but for our purposes, we’re going to be very simplistic. It is the state where the item in question has equalized or balanced.

Humidity Varies by Climate – but Its Always Present

On June 20, 2017, the relative humidity of Safiabad, Iran reached a staggeringly low .37%. Some debate if this is a world record or not, but it shows that even in an extreme setting, like an Iranian desert at 115°F, humidity is still not zero. There is always moisture in the air. And it is always fluctuating. When you see clouds in the sky or fog on the ground, that is an example of 100% humidity.

Florida is not the desert. It is tropical. We have a typical range from around 45% to 90% humidity and it can swing from one end to the other in a short period of time. A lot of that swing relates to temperature.

Relative Humidity is Affected by Temperature, but by How Much?

For example, you wake up in the morning and see that it is 65° and 80% relative humidity. That would mean that there are about 74 grains of water. As the day progresses, the sun rises and at the peak of the day the temperature is now 85°. That’s a 20° difference from morning to late afternoon. The capacity of the air to hold more grains of water has gone up because the temperature has gone up. For our example we’ll suppose that the amount of water in the air has not changed during the day. Think of it like the size of the glass got bigger but the amount of water in the glass stayed the same.

Humidity Has Many More Factors Outside Than Inside

When you watch the weather reports you’ll see things like wind and rain and all kinds of things that will affect the actual amount of moisture in the air. So the grains of water are just as likely to change throughout the day as the temperature.

Your home, on the other hand, is an enclosed box. A big wind from the west isn’t going to blow away the moisture in the air of your house unless you have the doors and windows open. And humidity will go up more slowly than outside when the weather brings it in. But you have conditions inside that can affect humidity too. But we’ll get to that a little later.

Now Let’s Talk About When It Cools

Let’s suppose the amount of water stayed the same as night falls, still 74 grains. But on this night, it gets colder and drops to 58°. Like the glass just got smaller and smaller holding the same amount of water. By the time the temperature reached the dew point, about 58.5°, the glass was too small for 74 grains. This means the relative humidity reached 100%. The air becomes saturated and can’t hold any more water so it condensates into a drop of water.

The weatherman will tell you that there is so much more to the story and so many factors. And when talking about the weather, that’s true. For the purposes of your home, the examples here will apply. You probably wouldn’t allow your home to drop that cold inside your house to the due point, and your home is probably air-conditioned so that the humidity doesn’t get too high. That’s a good thing. But if you’ve ever been camping in a tent and woke up with everything in the tent feeling damp, that is the reason.

You Might Be Affecting the Humidity in Your Home

Have you ever taken a nice hot shower and when you got out, the mirror was fogged up? That’s because there is a lot of moisture in the air and the surface temperature of the mirror is cool.

Have you ever opened the dishwasher after it finishes a cycle and your glasses immediately fog up? Same principle. Your glasses lenses are colder then the dew point of the air/steam rushing out of the dishwasher.

Have you ever had your car’s A/C running full blast on a humid day? When you get out of your car your glasses fog up. Again, same principle, but in this case you don’t see the water vapor in the air like when the steam comes pouring out of your dishwasher.

The shower and dishwasher are both ways you can introduce increased humidity into your home. Can you think of others around your house where you see this happen? Those are things to consider.

The last things I want to talk about here are vapor pressure and equilibrium. Let’s use the example of your glasses when you are getting out of the car. You may wonder, “Why do my glasses fog up immediately, but the windshield of the car isn’t fogged up”?

Well, the surface of the glasses lens might be around 60° with the cold A/C blowing on them. Everything is hunky-dory. Because it is subjected to the sun and warm air outside, the windshield might be about 85°. The fog on the glasses happens when the high humid air hits the cold lenses at a temperature below the dew point. The windshield has already reached a temperature equilibrium with the air.

If you wait a little bit, the lenses clear up. Why? It is because the temperature of the lenses quickly warm up to match the air outside. It tried to reach a state of equilibrium with respect to temperature. When the glasses are warm enough there is more room for the moisture in the air touching them and the vapor pressure is lower in the air. The moisture wants to go where there is less pressure, so it evaporates. It changes back from the liquid state of fog on your lenses to the gaseous state as humidity in the air.

Water Is Lazy – It Follows the Path of Least Resistance

The two principles in play here are both a variation of the concept of ‘the path of least resistance’.

These same principles apply to when your home gets flooded because of a broken pipe, a leaky roof, or the stream running by your house rising beyond it’s banks.

All of the building materials that get wet will soak up the water or dry out based on the principles of relative humidity, vapor pressure, and equilibrium. We go into depth on that topic in the article about drying out your home. 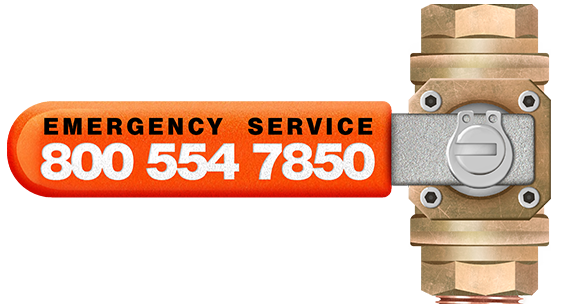